I’ve had this race in the diary for a few months now, and although I’ve lost my running mojo over the last couple of weeks I was quite looking forward to it.

With a start time of 11am I enjoyed a lie-in (rare for a raceday Sunday), woke up had my bagel and left to meet others from running club who were also taking part. Bourne is about an hour’s drive and we arrived just after 10 to find the car park has just been declared full. Off to the overflow we went, parked up and made our way to the start area. Picked up our race numbers – a super easy process – and pins then stood in line for the portaloos. Not too much of a queue and we were back to the start, keeping ourselves warm. There was no specific bag drop though I did ask and the organisers let me and others leave them behind the registration desk.

Lining up, 3,2,1 – we;re off, a little tight to start with along the path but it soon spread out after the first quarter of a mile or so. Hills. As the saying goes – you have to go up to go down. More hills and more hills!

The first 3k start was over and we were back through the start, where a nice crowd had gathered, clapping everyone through the startline. Back we went up and down the hills until we came to, you guessed it, more hills, after a quick water stop! We ended up running around the edge of a field, which was probably my favourite part of the route. Once the field was over we were back – downhill – in to the woods. With two miles to go I was struggling on (I don’t think my legs were prepared for the hills! ) but kept myself moving forwards, when I wanted to come to a standstill I had firm words with myself to say NO.

The final – and worst – uphill was upon me and I said to myself a short struggle then a downhill finish. I took a breather – told a spectator I was going to run again when I got to him (to which he responded by coming closer to me, which I found quite amusing!). My friend from running club joined me, forcing a sprint finish – which I secretly quite enjoyed. A medal, water and a banana were waiting at the finish along with a fantastic crowd, supporting the runners.

The route was multi-terrain which is quite different from my usual road routes but it was nice to be out of the norm and trying something else. At only a £12 entry, you can’t go wrong. Great route/small race, and one I’d definitely like to do again – now I know what the hills are like! There were also plenty of friendly runners on the course, many having a chat with me/others as they were going by.

On my quest to be a more mindful runner (post coming soon) I took a couple of learning’s out of today’s run: I need to loose some weight, do some hill training and continue to enjoy running rather than think of it as a chore.

I’ve recently been accepted as an ambassador of Just Strong Clothing – an active wear brand that sets out to motivate and empower women. For 10% off your order visit their website at this link: http://juststrongclothing.com/discount/ABDAVIES10. 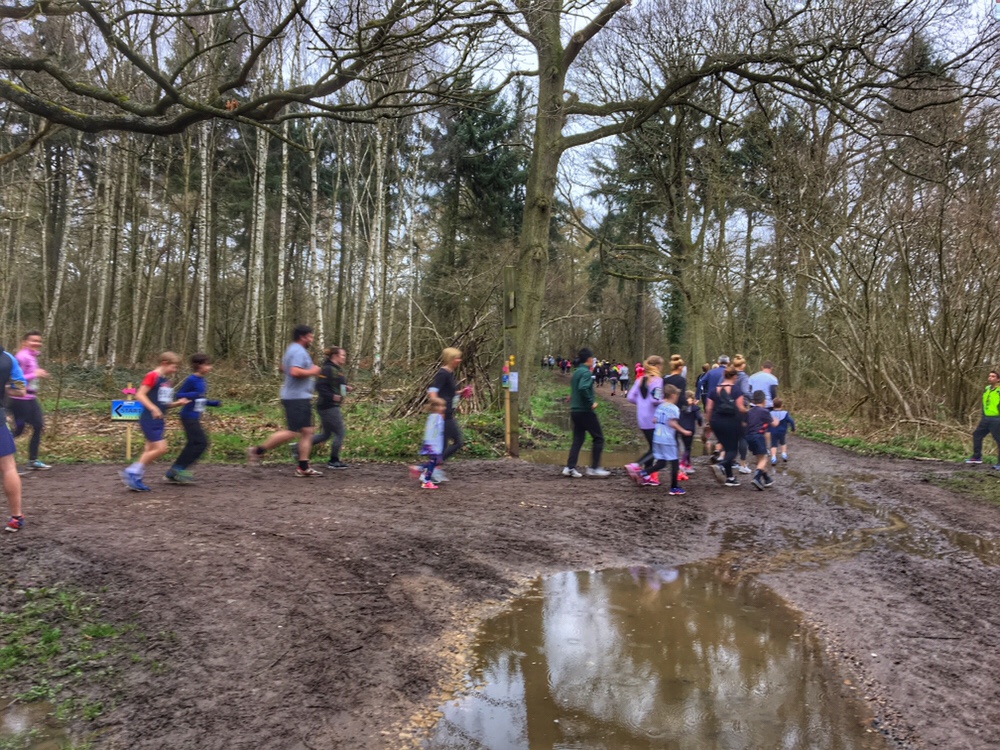 View all posts by Running Abby

2 thoughts on “Race Review: Bourne Run in the Woods 10K”